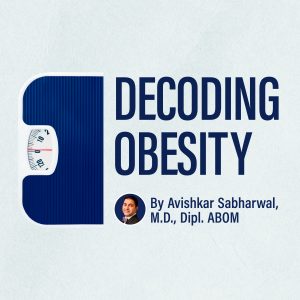 Hello, everyone, and welcome to this episode. Today we’ll talk about intermittent fasting. So this is part one of the three-part series that I’m going to share with you all. I’m really excited about today.

The fact is that I’ve been doing intermittent fasting for a couple of months now. And I’ve found great success with it. So, fasting has been known to us for a very long time. Since the very early times, fasting has been advocated either for spiritual development or for health reasons. In fact, in some of the early cultures, fasting was a requirement in preparation for rituals to seek contact with supernatural forces. Almost all religions advocate fasting in one form or the other.

And in fact, it has been used as therapy for obesity as well, as early as 1915. People have tried fasting for diabetes as well, believe it or not. And, it has been shown to be beneficial. This is before the insulin era when there was nothing available. There are certain misconceptions about fasting, that is why people are often reluctant on trying it. People often feel that it’s glorified bulimia, or a binge eating disorder essentially, where you’re just binging on food, and then you’re on a guilt trip and you’re not eating. But that’s clearly not the case.

It is a well thought out plan, where you have set hours when you’re going to fast, and there is a set eating time.

Binge eating disorder is not the same as intermittent fasting.

Binge eating disorder and bulimia are psychiatric illnesses that do require the help of a professional.

And fasting is certainly not the same as starvation.

Some people feel that you’re just starving yourself. And that’s going to be detrimental to the body, and it’s not the right way to do it, because that’s not the way nature made us. But think about it. Since ancient times, we’ve not had this abundance of food that we have now. It was only after the Industrial Revolution, that we started getting this abundance and opulence of food. When we were hunters and gatherers, you had to hunt for your food. And if you didn’t have food, you were pretty much on a fast.
And it’s fairly safe because that’s the way our biology is made. And this also lays to rest the fear of your metabolism slowing down because of fasting. And in fact, there have been studies that have looked at this, and I’ll talk about these studies more in part two. Then there is this myth about losing lean body mass, which is also not true. And also about people who are fasting are more hungry. And I’m going to talk more about hunger and fasting in the next part of this series. And lastly, people also feel that your brain needs a constant supply of glucose to function, and your brain function is going to go down. I can tell you from my personal experience, I used to feel very groggy in the afternoon, almost every day. In fact, believe it or not, I used to have a small travel pillow in my bag, just so that I could take a nap in the afternoon. And that thing went away when I started fasting.

Now that we’ve talked about some of the myths that exist with fasting, I think next time we’re going to talk more about what studies have shown. I’m really excited. So hang on till the next episode.
Thank you for listening today.